Blog posts why not write one and get it posted here

Why is pico important?

That is simple to answer, most YAG lasers are nanosecond lasers. Yes, they do the job but not as well as a pico laser treatment. Why is the speed of the laser pulse important? Faster speed means more power can be used, the more power the better effect. But because the pulse is ultra short there is less damage to the surrounding skin, side effects and that is a good thing.

The difference between nano and pico second lasers

What does that mean?

Because there is less damage you need less treatments and faster recovery. That means they save you time and money. Now if that doesn't sound good I don't know what will.

How does tattoo removal work?

The science behind tattoo removal process is as follows. The the powerful laser beam is aimed at the tattoo, the energy hits the tattoo ink and breaks it into small pieces (ink particles). The body then gets rid of the small pieces of ink via the metabolic process or a period of a few weeks. If you have a look at the header image you will see a before and after one treatment. 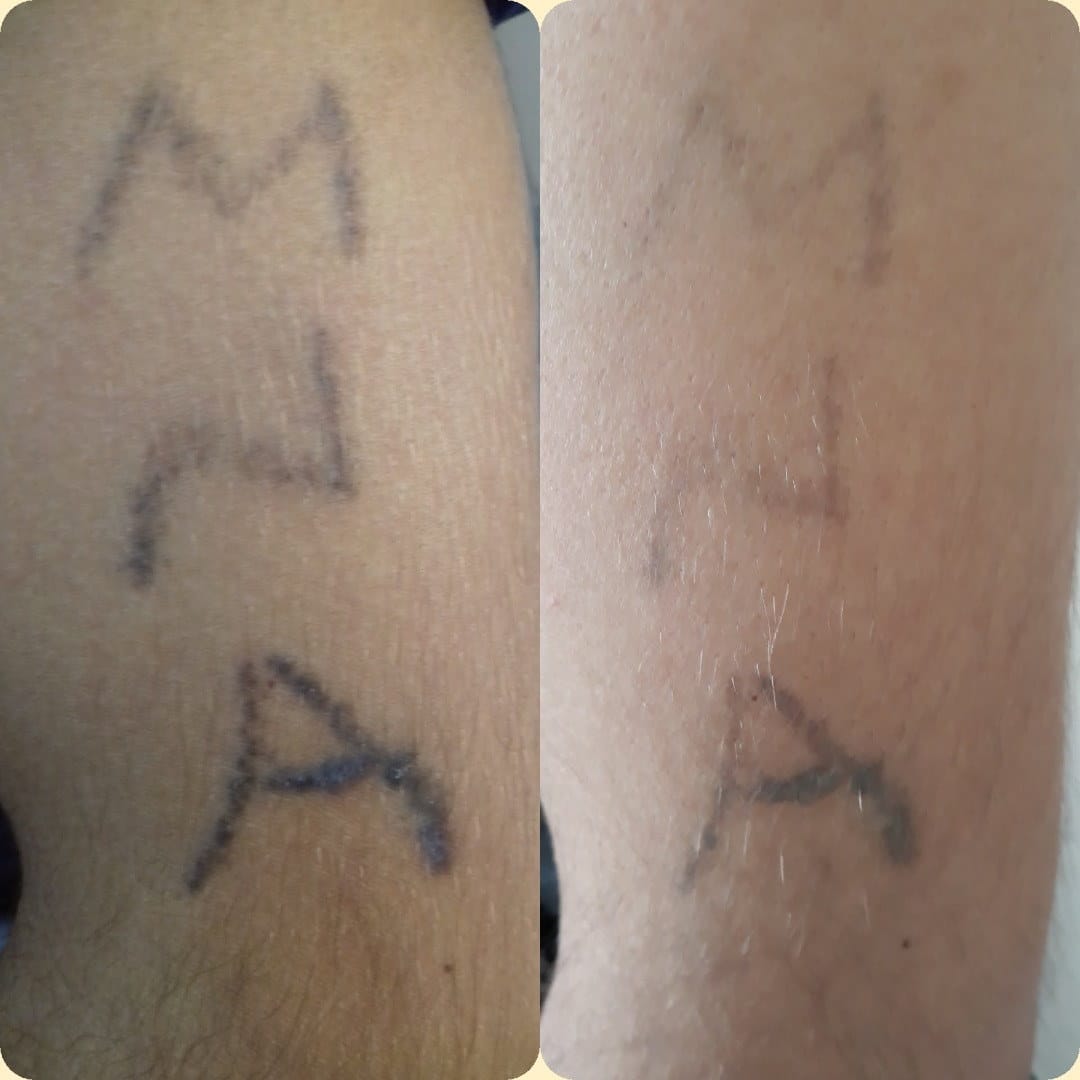 If you have a look at the tattoo at the top you will see the colours are even. Where the one above has been done by an amateur, the depth and colour is not consistent. That can mean the tattoo is harder to remove. How many sessions that is takes to remove a tattoo depends on the following.

How many treatments does it take

I guess this is what you want to know. I asked Xara Skin Clinic your laser tattoo removal specialists, they said until they start it's a best guess. I can see where they are coming from, they don't know how the tattoo was first applied.

What Xara Skin Clinic laser clinic in Lane Cove offer you is a free consultation. Where you can get an expert to look at the problem and give an experts advice. It is where you can ask questions and get the answers that you are after. Have the whole process explained to you in easy to under stand English.

You can ask questions like what does it feel like, will it hurt. How long will it take, how many tattoo removal treatments do you think it will take, to have the tattoo removed.

It is really easy to go and see them. The entry is on Birdwood lane, right across from The Canopy. That is a five story shopping centre, with most of it underground. There are around five hundred mostly three hour free car parks. You don't get that in the Sydney CBD or Bondi. Tell them In sent you.